The Secret To Brewing The Perfect Beer 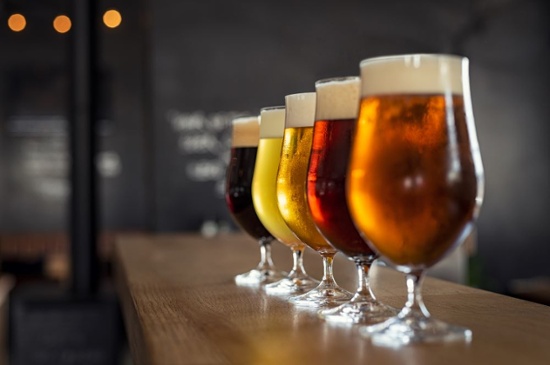 Some would argue that perfection is an unattainable ideal. But that doesn’t mean we shouldn’t strive for it. When it comes to beer, the path to perfection begins with the brewing process. Many factors impact the final product, from the quality of the ingredients, the provenance of the hops and the purity of the water to how thoroughly — and gently — the ingredients are mixed throughout the multistep brewing process. Some of these factors may be out of the brewer’s control, but others are not.

Take mixing, for example. The time-honored practice of brewing and bottling spirits begins with the proper blend of ingredients. On one level that means achieving the perfect ratios of best-quality ingredients. On a more practical level, it means the actual mixing of ingredients.

Mixing takes place throughout the brewing process from the initial blending of various cereal grains with water to steeping, “cooking,” the creation of mash and, finally, the production of the beer precursor known as wort. Of course, beer comes in many varieties and some forms require different brewing methods. Here, we’ll focus on the brewing of America’s favorite brew, lager.

Wort is blended with hops in the brew kettle, again with thorough mixing, followed by heating then straining into fermentation tanks for maturation. Brewer’s yeast is added to drive the fermentation of sugars into alcohol and carbon dioxide. Even in fermentation tanks, the nascent beer benefits from gentle stirring to keep yeast well distributed. This facilitates faster fermentation. The fermented brew is then strained before a final decanting, sometimes using mixing to assist in filtration.

Proper, thorough mixing is crucial for achieving product consistency. Brewers large and small strive to achieve a signature set of aesthetic characteristics including a reliable flavor that keeps customers coming back for more.

The Role of Mixing

Mixing achieves three key purposes in the production of beer. It disperses ingredients uniformly, it controls temperature distribution through the mixture, and it prevents solids from accumulating at the bottom of the brewing chamber. As with many consumer products, the overarching goal in beer production is to achieve consistency and repeatability. Failure to thoroughly, but gently, mix ingredients is the surest path to inconsistency.

When it comes to adding solids or powders to liquid media, it’s crucial to avoid “fish eyes” and other outcomes caused by improper incorporation. If heat is applied, gentle mixing must be employed to avoid developing hot and cold zones within the mixture. In this instance, high shear in-tank mixing may be a bit too aggressive for your needs.

The Quadro Liquids solution is to trade high shear in-tank mixing for high shear inline processing. Our batch inline processing technology yields high-quality dispersions. By adding powders to a process line before the slurry is introduced into the brewing chamber, this approach avoids any problems associated with the challenges of thoroughly and completely mixing powders into liquids.

The Right Equipment Makes All the Difference

Proper mixing of dry-into-wet ingredients and mixing during the brewing process ensure consistency and quality while helping to speed the fermentation process. This results in shorter brewing times, which boosts the bottom line. Over-mixing also is avoided.

Beer brewing is as much an art as a science. Applying just the right amount of mixing to achieve uniformity and consistency requires a delicate balance — and the right equipment. Quadro Liquids can help.