The Differences Between Oil-In-Water And Water-In-Oil Emulsions? 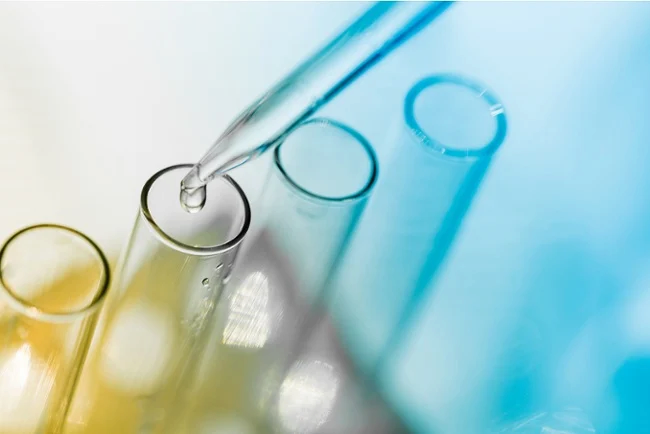 Examining emulsifiers: what are the differences?

Emulsions represent a sort of chemistry magic trick. Everyone knows that oil and water do not mix. Pour olive oil in some vinegar, for example, and watch as they separate into two distinct layers (also known as phases). They refuse to intermingle.

Yet through a bit of physiochemical sleight of hand — and the addition of an appropriate emulsifying agent — these two immiscible substances are somehow coaxed to mix together so well they become a singular, uniform liquid that resists separation back into its constituent layers.

In the oil-and-vinegar example, the judicious addition of a dollop of prepared mustard, followed by some vigorous stirring, results in the creation of a smooth, delectable mixture. Voila! A tasty, visually appealing salad dressing has been created. If you’ve done it right, the layers will no longer separate. Two immiscible substances will have joined to become something new — an emulsion.

Add An Emulsifier (and Energy)

Note, however, that the magic doesn’t happen by chance. Two things must occur to achieve this culinary alchemy: the addition of an emulsifying agent and vigorous agitation of the liquids. Mustard may contribute a hint of interesting flavor to the dressing, but that’s not its primary purpose here. In this instance, prepared mustard serves as an emulsifier: Mustard facilitates the creation of a stable emulsion.

Technically, mustard mucilage contains a polar glycoprotein and an exopolysaccharide; a high molecular weight natural polymer. Emulsifying agents (such as these) are substances that act as “surface active agents,” or surfactants. They promote the intermingling of immiscible phases and make the formation of stable (lasting) emulsions possible.

To be clear, there are two classes of emulsions: oil-in-water and water-in-oil. Chemists refer to the substances to be mixed as phases. The dispersed phase is said to be dispersed in the other liquid (the continuous phase). Ordinary milk is a common example of an oil-in-water emulsion. Although it consists of both water and lipids, the lipids are dispersed uniformly throughout the (continuous) water phase. Milk proteins serve as emulsifying agents in this instance.

Depending on the agent used, a particular emulsifier may be more soluble in one phase or another. If an emulsifier is more soluble in water, it is more likely to facilitate the creation of oil-in-water emulsions. Conversely, oil-soluble emulsifiers tend to encourage the formation of water-in-oil emulsions.

Lecithin, present in egg yolks, or derived from soy, is a common emulsifying agent. Other common emulsifiers — used in a variety of processed food products, such as coffee creamers, etc. — include monoglycerides and diglycerides. Examples of oil-in-water emulsions include: mayonnaise and Hollandaise sauce (featuring egg yolk lecithin as the emulsifier), homogenized whole milk, and our vinaigrette dressing (described above).

High-Shear Processing is the Common Denominator

Water-in-oil emulsions are somewhat less common in the food industry. They include edibles such as butter and margarine. Butter consists of water and butterfat in a stable emulsion, for instance. Of course, emulsions aren’t just useful in foods.

The emulsification process does not occur by chance. Even milk separates into layers if not homogenized. The ancient practice of churning milk to create butter hints at another fundamental emulsion requirement: To create an emulsion, you must add energy to the system.

On an industrial scale, this is achieved with a suitable inline emulsifier/mixer. The Quadro Ytron® Z Emulsifier, for example, allows for easily controlled, large-scale production of emulsions, and is suitable for use in any number of applications, across a variety of industries. 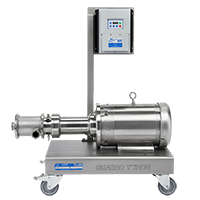 Our knowledgeable sales professionals are ready to assist you in achieving your application goals, with products that provide unparalleled consistency, control and process flexibility. Learn more about Quadro's industrial high shear mixing equipment and industry-leading processing solutions, fill out our convenient quote form online or contact us here.

Oil In Water And Water In Oil Emulsions: What's The Difference?