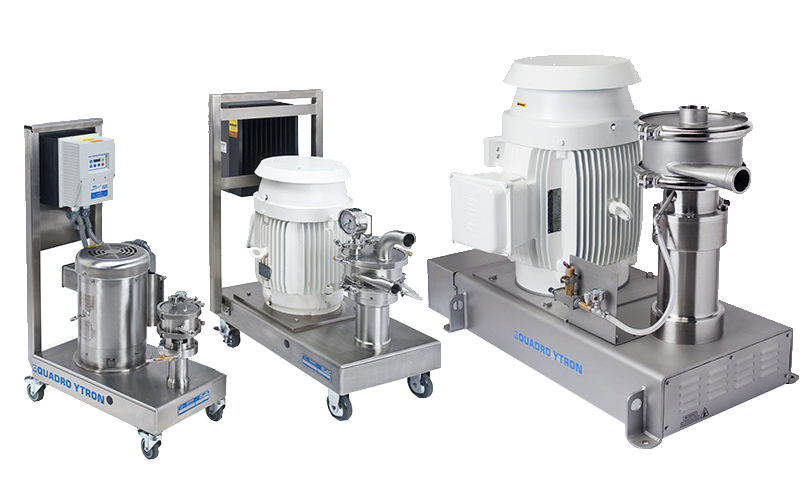 How does a High Shear Mixer Work?

When a force pushes part of an object in one direction and another part of the object in the opposite direction within the same parallel plane, this is known as shear.

A liquid mixer or powder disperser uses a rotor, rotating at very high speeds, to direct material outwards towards a stationary stator and therefore 'shear' the material.

Variable rotor speeds provide the ability to uniquely tailor the amount of shear energy that is needed for each application. This processing technique can be used to mix a liquid, solid, or gas into a liquid with which it ordinarily would not easily mix.

What does shear mean when mixing?

The term shear refers to the stress imparted to a liquid by a mixing blade or impeller.

What does a high shear mixer do?

A high shear mixer can be used to create emulsions, suspensions and granular products. It is commonly used in the food, pharmaceutical, and cosmetic industries to emulsify, homogenize, and reduce particle size.

What is a high speed mixer?

High-speed mixers are agitators that can handle more difficult solid-liquid dispersions and emulsions than high-speed dispersers.

What’s the difference between a high shear mixer and a high-pressure homogenizer? 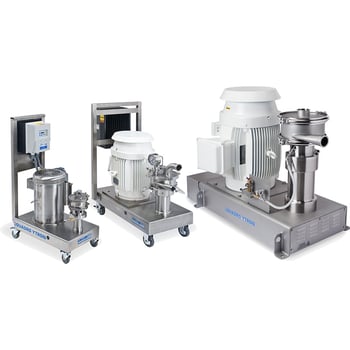 What is an inline high shear mixer and how is it different from batch mixer?

An inline high shear mixer features an inlet that feeds ingredients perpendicularly into the shearing zone, and an outlet discharging product axially. Unlike a batch mixer, an inline mixer feeds and outputs material in a continuous stream.

The material is then often perfectly hydrated, emulsified or homogenized in a single pass. Batch mixers, by comparison, require ingredients to be mixed for longer periods of time in a tank, and 100% dispersion is rarely achieved lowering product yields and wasting valuable ingredients.

Inline high-shear mixing offers a few advantages over batch mixers. They allow for a more controlled mixing environment, they’re less bulky, they allow for continuous inline mixing and they can produce results within a fraction of the time.

What are the practical applications of industrial high-shear mixing?

Here are some examples of applications where high shear mixing is typically used:

What are some of the everyday consumer goods that can be created using a high shear mixer?

Hundreds – if not thousands – of consumer products require the mixing or dispersion of liquid or solid compounds. Salad dressings, paints, cosmetics, detergents, shampoos, ointments, and toothpaste, for example, are all products where high-shear mixing is used to create a consistent quality product. 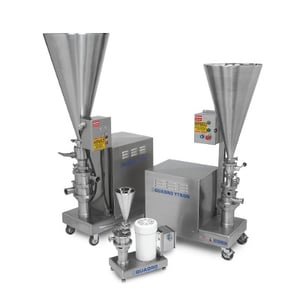 Yes – in fact, using a laboratory high shear mixer is a practical way for those with liquid processing needs to test the technology with different applications. It’s also a quick, convenient way for your R&D department to evaluate processing strategies and formulations before scaling up to production capacities.

What is the cost of an Industrial High Shear Mixer?

Like any capital expense, your investment in a high shear mixing unit will depend on your processing application and processing needs. However, by purchasing an inline high shear mixer you can expect a high return on investment by shortening your production time, improving product yields, increasing capacities, and reducing associated manufacturing and maintenance costs (energy and operators.

Which high-shear mixing equipment is right for my needs?

The processing experts and High Shear Mixer Manufacturer Quadro Liquids can help you determine which high-shear mixer is best suited for your application.

Whether you are looking at inline mixing or batch mixing solutions, powder dispersion, or liquid-liquid mixing, we can help you find a solution to your critical application. Contact our team today!

Wondering what type of mixer will best suit your application? High shear or low shear? Let our handy High Shear Mixer Selector tool do the work for you!