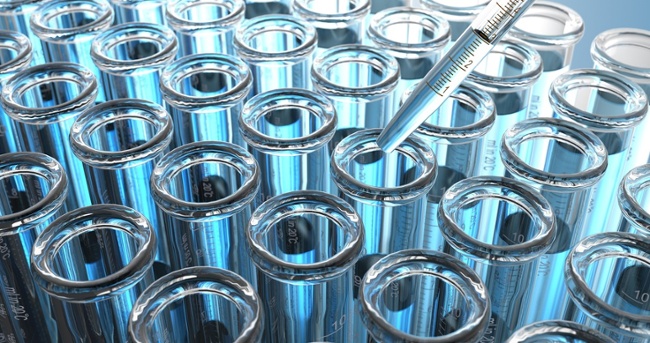 What does liquid viscosity mean?

Viscosity is the property of a given liquid that describes its resistance to flow. A highly viscous fluid tends to be thick, like honey or cold maple syrup. Compared to a relatively nonviscous fluid, such as water, highly viscous liquids flow much more slowly. Of course, when you add energy, in the form of heat, the molecules making up these liquids become less densely packed and are better able to slide past one another. Thus, honey becomes much less viscous when it’s hot than when it’s cold.

The importance of liquid particles

The shapes of individual particles comprising a fluid also affect that liquid’s viscosity. Generally speaking, larger molecules, such as the large chains of carbohydrates in syrup, slide past one another with greater difficulty than the minuscule molecules of water. The ungainly shapes of constituent molecules create greater friction as they slide past one another. Thus, particle shape contributes to viscosity.

Understanding the viscosity of a given liquid is important when processing liquids, as viscosity is a property that will affect flow through your production system, not to mention ultimate issues such as packaging decisions.

Most fluids are classified as either Newtonian or non-Newtonian. First described by Sir Isaac Newton, who used differential equations to explain their behaviors, Newtonian fluids conform to Newton’s law of viscosity. In essence, this law states that a liquid’s flow behavior is described by a simple linear relationship between shear stress and shear rate.

Water is a simple example. You can shake a container of water for hours, but it will still flow at the same rate. Ketchup, however, is a non-Newtonian fluid. Shaking ketchup helps it flow more readily. Perhaps the simplest, most dramatic, example of a non-Newtonian fluid is corn starch dissolved in water. As most children eventually discover, such a fluid flows readily enough until one applies pressure to it, at which point its viscosity increases dramatically. A corn starch/water mixture can seemingly transform, readily, from liquid to near-solid and back again, depending on how much pressure is applied.

Some commercially relevant products, such as shampoo, cosmetics, toothpaste, mayonnaise and yogurt, are non-Newtonian fluids. Their viscosity changes in response to stresses and shear forces in ways that are not entirely predictable. Newtonian fluids, in contrast, such as water or honey, respond primarily to changes in temperature, but not to pressure. Thus, process engineers may need to grapple with surprisingly complex equations when calculating optimal mixing, shearing and flow rates, and conditions during product processing.

In the food industry, for example, viscosity will necessarily impact decisions about packaging. Getting the product into the container during packaging is one consideration. From the perspective of consumers, getting the product to exit the packaging in a convenient manner is certainly important. Both will depend largely on the viscosity of the product in question. Some products, such as thick salad dressings, may require wide mouths to facilitate use by consumers. Others, such as oil and vinegar dressings, for example, may require packaging that limits or regulates flow so that too much isn’t dispensed too quickly.

Of course, viscosity is a factor that affects many other products and industries as well. The formulation and dispensation of everything from paints and glues, to cosmetics and medicinal creams and ointments, will be impacted by viscosity.

To learn more about how High Shear Mixer Manufacturer Quadro® Liquids can improve the efficiency, consistency and profitability of your food, cosmetics, pharmaceutical and other process applications, contact us here. A member of our knowledgeable sales staff will get back to you promptly.